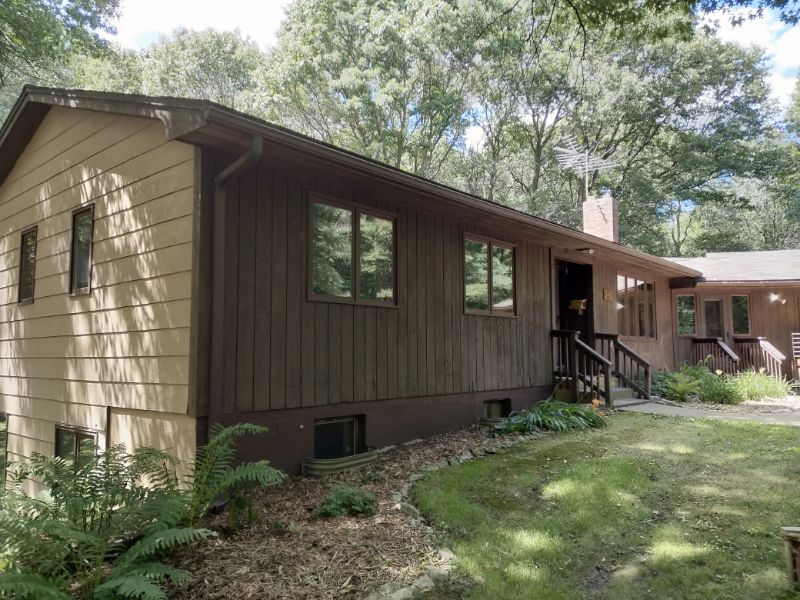 St. Joseph House is the first building located on Pacem’s property. It was built by students at St. Francis High School. Pacem founder Shirley Wanchena won the bid, by $40, in an auction, and it was moved to the vacant property, where it served as a home for Shirley and her son, Jeffrey, and his family. It was also where hermit guests went to take a shower, use the restroom, and enjoy a meal with Shirley, Jeff, and family. St. Joseph was used in this way for the first 12 years, until Our Lady of Pacem, the main retreat center, was constructed and opened. Staff members resided in the home for a time.

Today, St. Joseph House serves as a kind of hermitage for individuals or hermitage and meeting space for groups of up to five individuals. It has three bedrooms on the main floor, and two on the lower level, three bathrooms, living rooms, a dining and kitchen area, and a breezeway that works for gatherings. Because St. Joseph House has a kitchen, it is often used by guests desiring a stay longer than 2-3 days. It has also been used by Church staffs, religious orders, book study and Bible study groups, and others desiring a space where they can stay and meet. 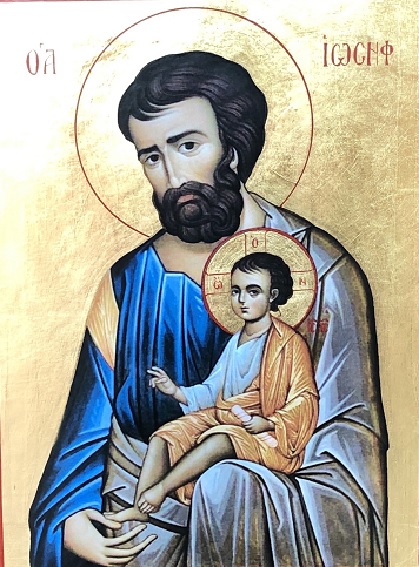 St. Joseph was privileged to share in the mystery of the incarnation as the foster father of Jesus. God chose this humble carpenter to care for his beloved Son, and Joseph abandoned himself to God’s call, setting aside his own will, plans, and desires.

After being told by an angel, in a dream, that his betrothed was carrying the Son of God—and without asking God for further understanding—Joseph assumed the tremendous responsibility of protecting Mary and Jesus from harm. After the Christ-child’s birth, he led his family into exile in Egypt when he was warned by an angel of Herod’s plan to kill the holy child. Later, as he helped Jesus grow into manhood, Joseph truly “dwelt in the house of the Lord.”

Joseph’s virtues of obedience, trust, faith, and humility inspired St. Teresa of Avila, who discovered his powerful intercession through her own experience. In her autobiography she writes, “I am astonished at the great favors which God has bestowed on me through this blessed saint,” and she recommends him as a great master of prayer.

St. Joseph has been appointed by popes as patron of the universal Church. He was present at the beginning of Jesus’ life, when our redemption was about to occur, and the Church is in great need of his example and intercession today.