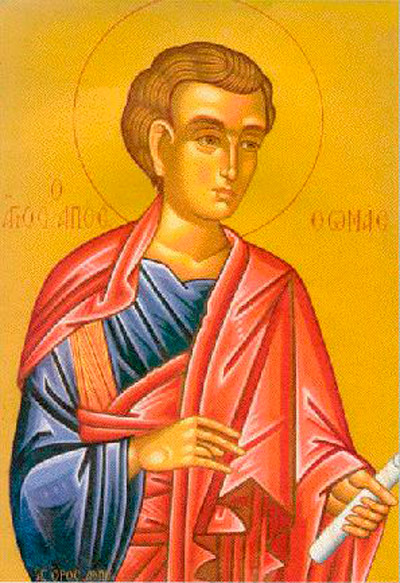 St. Thomas the Apostle is one of the most vivid characters of the New Testament, even though we know little about him. He was likely a Galilean Jew of humble birth; his Syriac name means “twin.”

While Thomas is remembered mostly for his doubt, it is his faith that should reassure us. After that first Easter, Thomas insisted he would not believe the incredible news that Jesus had risen from the dead unless he could feel for himself the marks of the nails and place his hands in Jesus’ wounded side (John 20:24-29).

Eight days later, Christ appeared to all of the apostles in the Upper Room where they were hiding. When he invited his doubting disciple to touch his wounds, Thomas simply exclaimed, “My Lord and my God!”

In that one burning utterance, writes Archbishop Fulton J. Sheen, “He, who was the last to believe, was the first to make the full confession of the Divinity of the Risen Savior…Some gratitude must always be credited to Thomas, who touched Christ as a man, but believed in him as a God.” (The Life of Christ, 1958).

According to early legend, and supported by several independent sources, Thomas undertook a missionary journey that brought him as far as the south of India, where he was reportedly martyred.

The Church has set aside July 3rd to celebrate the holy life of St. Thomas.